Although worms were hardly a gastronomic delight, when Maud died and was reincarnated as a brown sparrow, she embraced her new life with vigour. She’d been a heavy human, but now felt almost weightless as she sailed through the sky. She even invented her own little swoop, diving almost to ground-level then appearing to hop in mid-air before soaring up again. She called it the Maud Manoeuvre.

Her favourite pastime, however, was perching on the wire outside Number 22 with all the other sparrows. And shitting on her ex-husband as he left for work. She called that manoeuvre Just Desserts.

It’s been a while. I’m a little rusty and a day late, but here’s my silly (as always) offering for Friday Fiction. Click on the link below to see what other writers did with the prompt.

For more from me try this one: 100 word stories

The Ins And Outs of Love

They lie on their backs in her garden, watching the storm clouds roll by. It was Kate’s idea, she saw it in a film and hopes Sam will think her quirky, cool and romantic. Sam thinks it’s weird, but stays because he’s hoping for some action.

Kate is in love; Sam is in lust.

He makes his move…

Kate is inexperienced; Sam is in luck.

Her clothes slide off and he slides on…

Kate is in the buff; Sam is in Kate.

Something’s happening deep inside her…

Kate is in trouble.

Sam is in a taxi, heading out of town.

The words flashed on the screen, the ones she’d been dreading for weeks. She’d been thrilled to discover online dating, and even more thrilled when she’d been matched with Derek. They chatted every day, sometimes late into the night. But now the moment had come:

Her heart raced and sank in equal measures. She knew it would be a disaster, it always was. Men changed when they met her, every man she had ever known, and she couldn’t bear to lose Derek. Still, maybe this time it would be different.

medusa_1: How do you feel about snakes?

Need more stuff to read? Give Firewords Quarterly a go (there’s one of my stories in Issue One!) NOW AVAILABLE AS A DIGITAL DOWNLOAD – CLICK HERE FOR MORE

you are not a fruit

so stop pretending you are,

For Carpe Diem prompt no. 501: strawberry

I take you daily

in tablet form, however

held under your chin

as does your wide waist

For Carpe Diem prompt no. 499: buttercups

you used to flit, but

your flitting days are over,

For Carpe Diem prompt no. 498: butterfly

has given me the giggles

please put some clothes on

This is for the Carpe Diem Haiku prompt no. 497: nakedness, and it’s my first attempt at haiku. I’m probably not following the complex and myriad rules of haiku, but I enjoyed myself so much that I went back over some of this month’s earlier prompts.

we shiver in cardigans

we lie back and smoke

then one of us farts

disappoints as it’s not quite

teeth clash, I wish I could kiss

too much broccoli, methinks

better out than in.

we watch the sun rise

I bought a stair-lift,

there’s nothing wrong with my legs

I just can’t be arsed.

Maureen was suffering from palpitations, mood swings and night sweats. Her mother recognised the symptoms immediately.

‘Nonsense, dear,’ said her wise old mum. ‘It comes when it comes.’

That night, Maureen felt worse than ever.

Come morning, Maureen’s mother clambered over what remained of the door, ‘How was your night?’

‘The facial hair’s pretty unpleasant,’ Maureen said, surveying the destruction of the previous night, the shredded curtains, perforated walls and splintered furniture. ‘But running wild, eating whatever I damn well please was seriously liberating . And you say this happens every full moon?’

Need more stuff to read? Give Firewords Quarterly a go (there’s one of my stories in Issue One!)

(This is the full version of my Friday Fiction story: Eau De Teenager’s Bedroom)

No More Picking Up Other People’s Shit

Ellen pins her resolution to the notice-board: No more picking up other people’s shit.

‘Smell?’ says Ellen, adjusting the clothes-peg on her nose.

‘Can’t find the light switch,’ says Danny. ‘Or the window.’ 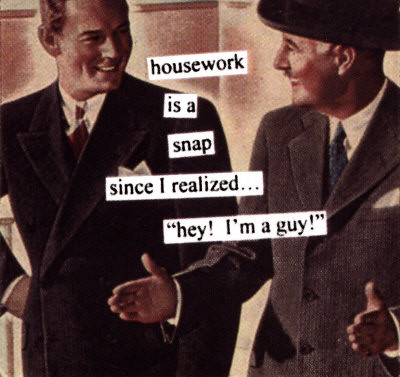 Danny calls down the stairs, ‘Lucy, you owe me a fiver!’

In her son, Ellen sees a young man who understands the meaning of the term ‘woman’s work’ and it makes her sick.

Ellen pins her mid-year resolution to the notice-board: Everyone does chores.

Danny gets the dishes. He stomps. Lucy gets the hoovering. She cries.

‘But Mummy,’ she says. ‘I like hoovering and washing-up, why do I have to choose?’

In her daughter, Ellen sees a young girl who understands the meaning of the term ‘woman’s work’ and it makes her sick.

Danny washes up each night without complaint. He’s quick too. Ellen is pleased and celebrates with a fish and chip supper. She asks Lucy to fetch the plates.

Ellen buys a new dinner set and stands over Danny while he washes up each night. Sometimes they talk.

Lucy no longer complains about not being allowed to clean and is playing in her room.

(Lucy is secretly cleaning the bathroom, but we’ll let Ellen have her fantasy a little longer).

It’s Danny’s seventeenth birthday! He wants a car, a computer and a personal maid.

Ellen wants to hit him on the head with a salami. She doesn’t though. She buys him a birthday cake, ten driving lessons and a pair of rubber gloves.

Ellen steps up the ante. She shows Danny how to use the washing machine.

Danny actually shows an interest. Possibly because of the knobs, dials and flashing lights.

Lucy wants to clean the bathroom as part of her chores. Ellen agrees, it’s an easy job as the bathroom never seems to get particularly dirty.

Danny is thriving in his dual role of chief washer-upper and chief launderer.

(There was a Red Sock Incident early on, but Danny says pink is ‘in’.)

Ellen is looking forward to Christmas with her well-rounded, fully-functioning children.

Ellen walks in on Lucy surreptitiously polishing the silver.

‘Would you look at that shine, mum!’ she says.

Danny has an announcement.

‘I’m leaving college and opening a laundrette,’ he says.

There will be no brandy in the brandy butter this Christmas. It’s all in Ellen instead.

She pins a notice to the notice-board.